SACNR is a server on GTA San Andreas Multiplayer (SA:MP).

It has a cops and robbers theme - you can play as a cop or civilian/robber and change at any time. You can also own houses, own and sell items at businesses, buy car bombs, grow and sell "drugs", do one of the many vehicle missions, or kill some of the people with bounties on their heads. You can rob casinos, stores, houses, businesses, and other players. The more risk you take, the more money you get - just don't get caught!

If you don't already have SA:MP, you should go and read more about it on our downloads page - it's fun!

For more information about SACNR, please visit our About page.

The SACNR community has been around a very long time, over 10 years. In that time we went from a server with 1-2 players, all the way up to averaging over 200 online, and all the way back to 1-2 players again. It's been a lot of fun, but also to be honest, a lot of it has been a pain in the arse. I enjoyed most of it though, and would do it again if given the opportunity.

But, the harsh reality is that nobody is playing anymore. SACNR isn't the only thing I've got going on, and I have to make some tough decisions so I can properly switch focus to my other projects.

I did step back a bit in 2015 and let Jamie run things for quite some time, and he was able to extend the life of the server significantly. I do think it would have died a lot faster if it were not for Jamie's efforts.

Of course I also want to take a moment to thank Markski, as he put in a massive amount of effort and I will 100% miss working on this server with him.

Before I go thanking everyone though, I'm going to get to the point:

For those interested in contributing to the memorial page, I've started a thread on the forums here: https://forum.sacnr.com/threads/47001-the-last-one?p=458366#post458366

Please go and contribute anything you'd like to see displayed permanently on sacnr.com once the website has been taken down. This is your time to shine :)

I will include my full list of people to thank on that page, but in the meantime I'm going to take a moment to thank:

Cheaters can go fuck themselves.

Thank you to everyone who participated in December's event, and sorry for the delay in posting these results.

Team Grinch managed to steal a grand total of 13.865 gifts, a very impressive amount, but falling just behind Team Santa's staggering 15,692 deliveries, making them the winners of this year. Congratulations, Team Santa players!

All players who delivered 1000 or more gifts have received a free token, along with a permanent /xmashat command. The top 3 players of each team have also received an extra token.

Liberty City is now available to play as an active city on our UG-MP server! Still adding more stuff but both Liberty City and Vice City are now playable as active cities in SACNR.

If you'd like to try it out, there is more info on our UG-MP server available here. 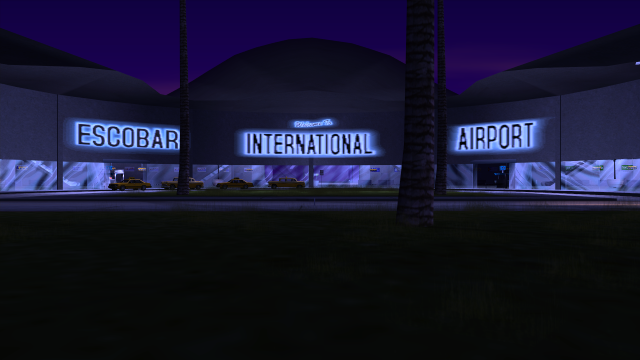 Just sharing some screenshots of what we've been working on the last couple days in Vice City:

For more info on UG-MP, see the previous post.